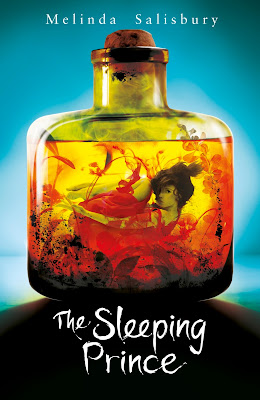 I want to apologise in advance for this blog post being late. Unfortunately, my internet provider decided that it was a good time to fail on the day I had scheduled this post to go up. So this post did not go up when it should have. However, after the air was blue over the phone to said provider, they granted me my internet wish. It's safe to say, my custom will not be a happy ending for them.

Well hello there! I am so genuinely excited to review this book, it is unbelievable. Please do bear with me.

Thank you to Faye Rogers for this wonderful and exciting opportunity to review one of my most anticipated 2016 releases! Another massive thank you to Scholastic for providing me with a review copy of this book, eeek!

On a side note, HAVE YOU SEEN THIS COVER?! That artwork is insanely beautiful and really gives us a feel of what the book is about!

Here is a bit more information about the book before I go ahead and review it.


"Return to the darkly beautiful world of The Sin Eater's Daughter with a sequel that will leave you awed, terrified . . . and desperate for more.

Ever since her brother Lief disappeared, Errin's life has gone from bad to worse. Not only must she care for her sick mother, she has to scrape together rent money by selling illegal herbal cures. But none of that compares to the threat of the vengeful Sleeping Prince whom the Queen just awoke from his enchanted sleep.

When her village is evacuated as part of the war against the Sleeping Prince, Errin is left desperate and homeless. The only person she can turn to is the mysterious Silas, a young man who buys deadly poisons from Errin, but won't reveal why he needs them. Silas promises to help her, but when he vanishes, Errin must journey across a kingdom on the brink of war to seek another way to save her mother and herself. But what she finds shatters everything she believed about her world, and with the Sleeping Prince drawing nearer, Errin must make a heartbreaking choice that could affect the whole kingdom."

This book has only just released on the 4th of February so get over to Amazon quickly and buy it!

You don't want to miss all of the amazing stops on this blog tour so the schedule will be smack bang at the bottom of this post. Make sure you check out those other fantastic blogger's who are joining in!

Here was my initial review on Goodreads: 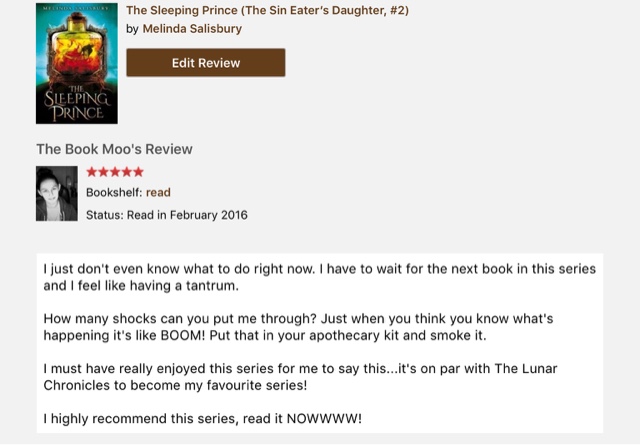 I find Errin to be the opposite of Twylla. She stays strong throughout hardship and has a lot to deal with. Twylla has a more selfish persona to begin with which I didn't take to at first. Errin has fight in her and she pushes herself and her mother through. She's loyal and sticks by her beastly mother, despite what she has to go through. I highly admire Errin in every way!

Silas was an enigma to begin with and there's just one revelation after another regarding his identity! I feel like he's unusual and hard to grasp at first. He even comes across creepy to me but then again he is very hot and cold in general. I can't really understand him as a character even though I realise he is a strong and powerful part of it all! By the end of this book, I finally made my decision that he's still a puzzle but we've unraveled the majority of him and I just kind of want a happy ending for him and Errin. Seriously SHIP IT!

I feel so sorry for Errin's Mama. It's as if the lights are on and nobody's home. She is like trapped within a beast. It must infuriating and really quite embarrassing losing that dignity and becoming a feared monster. I don't want to reveal too much...

The Sleeping Prince, I am seriously effing scared of this dude. Talk about creepy and calm, cool and scary. I compare him to the white walkers from A Game of Thrones even though that's the wrong end of the stick. He is on par with their scariness though. Thanks Melinda, gonna have nightmares for my life now...

Okay, I'm not gonna talk about anymore characters because I may just get spoilery without meaning to and it's just...just...it's complicated okay?

Plot:
I was really worried when I found out this book wasn't from Twylla's perspective (FYI: Twylla is the main character in the first book, The Sin Eaters Daughter), and I panicked because I assumed this book followed on from there.

However, I think I prefer Errin over Twylla! I love the links between the two books and characters. We hear about Lief from Errin's point of view, therefore from a brotherly side rather than a romantic way. I enjoyed reading about Errin's struggles, no matter how sadistic that sounds... Simply because she doesn't let everything cloud her ambition and her senses. Doesn't let it get to her, like I said above she is a fighter.

I think the plot of the overall series becomes bigger and makes the world kind of feel more real. I think that it's a detailed and intricate World and the fairytales entwined within are not only creepy but seriously worrying. There is some major Grimm in there!

And seriously Melinda, how many different identities do these characters have?! It's like one shock after another and this is not a spoiler because you will NEVER be able to guess what happens. NEVER. There are sooo many plot twists towards the end of the book. I personally felt the same with this book as the first one, everything happens from around Chapter 18/19 till the end. This kind of makes you want to devour the book even more though because it's like SHOCK HORROR after each chapter! I think my face permanently looked like this ':O' whilst reading the second part of this book.

I highly recommend this series and currently it is competing with my favourite, The Lunar Chronicles. Now that is saying something. Go read it right NOW!

My overall feelings after reading this book are...

This book doesn't necessarily leave you hanging, it just leaves you wanting more and that epilogue is just...just...  I'm speechless. Also, if you've been following my blog for a while you know of my obsession with The Lunar Chronicles, therefore for me to compare this series to it is something MAJOR! 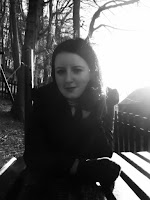 When not working on her next novel, Melinda Salisbury is busy reading and travelling, both of which are now more addictions than hobbies.

Thank you everyone for stopping here and checking out my review, along with this fantastic blog tour! Here's the schedule if you want to nip elsewhere and have a look at some great blogger's post including this book. Don't forget to come back to The Book Moo for more great content about books, reading and even more exciting blog tours!